In the mid-19th century, Ramon Galibern “went to make the Americas” in southern Brazil, where he married Manuela Francisca de Rezende de Mello (1836-1928), a young woman from Rio Grande do Sul, with parents from the Portuguese island of Madeira.

He served as the Spanish Vice-Consul to Bagé (Rio Grande do Sul), where he resided. When he returned to Torroella, he had the Casa Galibern built to retire and dedicate himself to his family. He returned to his home town where he had this house built as a place where he could retire and devote himself to his family. His daughter, Clara Galibern de Rezende (1861-1941), grandmother of the president of the Mascort Foundation, continued the family lineage by marrying the pharmacist Baldomero Mascort Comas (1847-1890).

The Casa Galibern was opened as the Mascort Foundation main house in 2007, and was restored and adapted to host the exhibitions and activities that the foundation organizes and offers to visitors. The original content of the house is not preserved, since it was destroyed during the Civil War.

Casa Galibern has three floors, with the main floor (the principal) and the floor above being given over to art exhibitions. The blue inner courtyard provides an attractive venue for openings, conferences and concerts. The structure of this courtyard is provided by columns that create a portico, as well as a usable terrace on the floor above. The third floor is not open to the public at the moment as it has yet to be restored.

The vestibule of the house contains a number of publications issued by Lynx Edicions, a publishing house that specialises in the world of nature, fauna, flora and particularly birdlife. The President of the Mascort Foundation, Ramon Mascort Amigó, is the chairman and a founding partner of Lynx, the magnum opus of which is the Handbook of the Birds of the World, which runs to 17 volumes and is recognised as one of the key reference works worldwide in the field of ornithology. In addition, work is now progressing on another collection of a similar standard on the study of all the mammals in the world, the Handbook of the Mammals of the World. 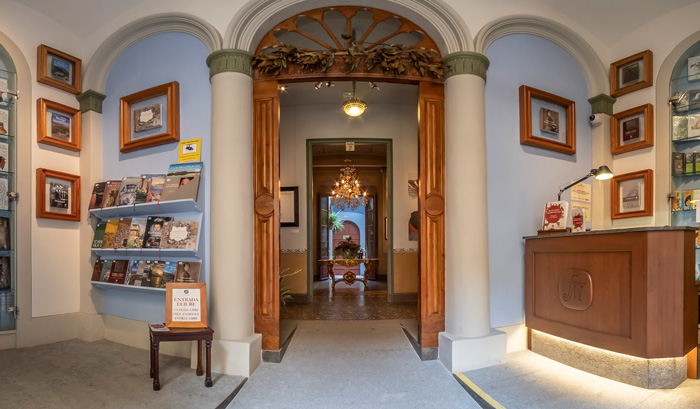 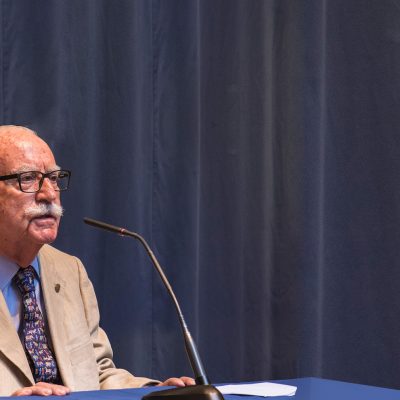 Ramon Mascort Amigó was born in Barcelona, in 1930, from a family with deep roots in Torroella de Montgrí. Since the end of the 18th century, the Mascorts had lived in Torroella, when Agustín Mascort Plana (1770-1842), originally from Palafrugell, installed himself as a pharmacist. 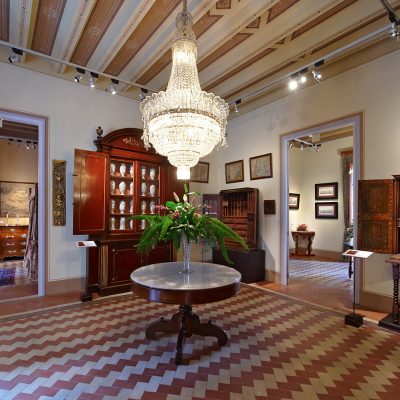 The Mascort Private Foundation, created in 2007 by its president, Ramon Mascort Amigó, was founded for the purpose of working on three key objectives:

The Patronage is the governing body of the Mascort Foundation and is made up of representatives from various fields.

Director of Companies and Tourist Activities

General Director of the Mascort Group

Associate Professor in the UB Department of Art History, specializing in Museology and Museography

This website uses cookies to improve your experience while you navigate through the website. Out of these cookies, the cookies that are categorized as necessary are stored on your browser as they are essential for the working of basic functionalities of the website. We also use third-party cookies that help us analyze and understand how you use this website. These cookies will be stored in your browser only with your consent. You also have the option to opt-out of these cookies. But opting out of some of these cookies may have an effect on your browsing experience.
Necessary Always Enabled
Necessary cookies are absolutely essential for the website to function properly. This category only includes cookies that ensures basic functionalities and security features of the website. These cookies do not store any personal information.
Non-necessary
Any cookies that may not be particularly necessary for the website to function and is used specifically to collect user personal data via analytics, ads, other embedded contents are termed as non-necessary cookies. It is mandatory to procure user consent prior to running these cookies on your website.
SAVE & ACCEPT